Please consider this page as not only an introduction to North Woods Images but a resume’ as well. Thanks

Ralph LaPlant is a Holyoke, Minnesota resident who operates North Woods Images TM LLC. He has devoted his careers to public safety in Emergency Medical Services and Law Enforcement and related instruction. He has been an active photographer since the very late 1960s and a writer since the mid 80s.

Ralph retired from public safety with almost 20 years in EMS on a full-time basis and over 30 years in law enforcement.  His professional resume’ includes being a paramedic at the Hennepin County General Hospital in Minnneapolis where he received his paramedic training and continued working there when it became the Hennepin County Medical Center (HCMC),  Divine Redeemer Memorial Hospital in South St. Paul (twice),  Waconia Ridgeview Medical Center,  Cuyuna Regional Medical Center (CRMC) in Crosby, Health Central Ambulance in  Buffalo and at the Minnesota Dragways in Coon Rapids. His law enforcement experiences include being a Deputy Sheriff for Carver County and the Hennepin County Sheriff’s Emergency Squad and  a corrections officer for the Crow Wing County Sheriff’s Department, a city officer for Staples, Deerwood, Crosby-Ironton where he dispatched as well and Onamia police departments as well as a peace and conservation officer for the Mille Lacs Band of Ojibwe (as well as their first Emergency Management Coordinator and a member or their SWAT Team) and a conservation officer for the 1854 Treaty Authority. His firefighting career was cut short due to an accident. All locations are in Minnesota. His EMS career has included over 11,000 ambulance calls and who knows how many Emergency Medical Responder calls.

He has been involved in EMS since the late 1960s and has taught numerous EMS, outdoor survival, nature related, and photography courses; some since the early 1970s teaching for various law enforcement agencies, ambulance services, fire departments, hospitals, colleges and he freelances. He was a PRIM – Professional Rescue Instructor of Minnesota (associated with MRFAA – Minnesota Rescue and First Aid Association) and has taught MN DNR Firearms, Snowmobile, and ATV Safety courses. Ralph also was the coordinating EMS instructor at the Anoka AVTI (Area Vocational Training Institute) and the Waconia Ridgeview Hospital and continues to instruct EMS courses for Emergency Resourses, INC out of Cloquet, MN and Safety Max Corp out of Salem, Oregon and freelances. He is currently a MN EMT, a certified SCUBA diver, and with his interests in aviation holds a FAA Private Pilot’s License resulting in him authoring and teaching a small aircraft rescue course.  Ralph was also a Skywarn instructor. Almost all of the courses he instructs he authored and most are MN POST (Peace Officer Standards and Training) approved.

Having  been an active photographer for decades he has traveled as far as Hudson Bay twice to photograph polar bears, Alaska three times to photograph Alaskan browns, grizzlies and other wildlife and landscapes and worked at about 15 wildfires in the Western US and one in NE MN. These experiences plus residing and having worked in MN’s beautiful Arrowhead area has given him opportunities to capture about a third of a million images which he has in stock of which 50,000 are on 35 mm slides with some on print film. Remember film?

Living in an area where the gray wolves’  range has expanded to and having done wolf research, he was assigned by the Mille Lacs Band as a voting delegate to the Wolf Round Table, which was a group of concerned people representing organizations and causes, to formulate pending legislation to the MN State Legislature when control was given by the Feds to the states.  Minnesota  has the largest gray wolf population in the Lower 48 so this was a big deal. This gave Ralph an opportunity to learn more from some of the World’s wolf experts. His contributions at the Round Table were based on a factual, not an emotional position.

The Brainerd, MN Daily Dispatch called him “Photocop,” after he completed writing a book – Outdoor and Survival Skills for Nature Photographers.  All of this and having been published about 1,500 times, Ralph is qualified to give instruction on various related topics. His nature related articles have been published in various publications.  Some of his article topics are listed on this web site. Ralph will consider photography assignments; simply ask.

Having lived “off-the-grid’ in the early 90s for about two-and-a-half years, he spends his free time tapping maple trees for sap, operating a campfire and bulk firewood enterprise and likes to fish (especially fly fish) and on rare occasions catches fish. He also target shoots, manufacturing his own ammunition, was a Federal Firearms Licence holder,  is a NRA Life Endowment Member and is a member of Trout Unlimited and the Izaak Walton League.  He is a 20th Century history buff and an avid reader. He and  his dog Savannah live in a rural setting where his land was select cut and is under stewardship programs for forest management and wildlife habitat, containing food plots.  He operates a gallery of his photography in his home and invites all to call and visit. Takes but a few minutes to put the coffee on.

NEW Stuff – Ralph has six courses that are online and self paced.  All are MN POST approved. Wilderness First Aid is 4 credits, Small Aircraft Rescue is 4 credits, PFDs-Personal Flotation Devices is 1 credit, Outdoor Survival Basics is 4 credits, X-Rays-An inside look at injuries and gunshot, stab and other penetrating injures is 2 credits and Photography For The Peace Officer is 4 credits. Please go to Educational Services and Presentation on this website to learn more about courses contents and feel free to call him at 218-565-0136 to learn more.  A new addition to the “family” is Billy. I also call him Bill and William. She is a gorgeous collie needing to grow up a bit. Nice dog (aren’t they all?). 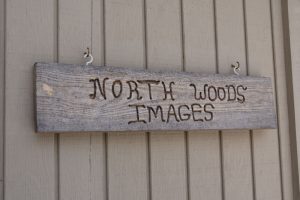 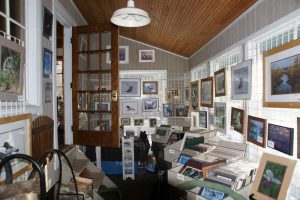 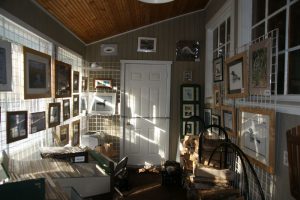